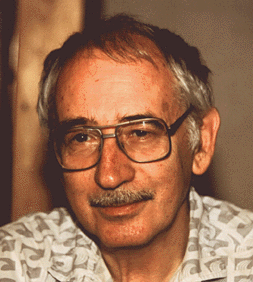 This Manifesto is dedicated to Valentin Turchin (1931 – 2010), a great Soviet-American scientist and futurist visionary who died the year it was completed.

I'm sorry Val never got to read this Manifesto, as I'm sure he would have enjoyed it. He would have agreed with most of it, and had insightful and entertaining arguments to make about the rest. While I never explicitly discussed "Cosmism" with him, I have rarely met anyone more Cosmist in their attitudes, through and through.

As a cybernetician and computer scientist, Val's contributions were numerous, including the Refal programming language, the theory of metasystem transitions and the notion of supercompilation. He was a pioneer of Artificial Intelligence and one of the visionaries at the basis of the Global brain idea.

And his book The Phenomenon of Science, written in the 1960s, is one of the most elegant statements of Cosmist scientific philosophy ever written.

I was privileged to know Val in the late 1990s and early 2000s, when we both lived in North Jersey, in the context of collaborating with him on the commercialization of his supercompilation technology. Our discussions on supercompilation, immortality, AI, the philosophy of mathematics and other topics were among the most memorable I've had with anyone.

The death of great minds like Val is one of the absurd horrors that Cosmist philosophy hopes to abolish via scientific and technological advance.


The Phenomenon of Science closes with the following words:

“We have constructed a beautiful and majestic edifice of science. Its fine-laced linguistic constructions soar high into the sky. But direct your gaze to the space between the pillars, arches, and floors, beyond them, off into the void. Look more carefully, and there in the distance, in the black depth, you will see someone's green eyes staring. It is the Secret, looking at you.”

This blog contains an old rough draft of the book "A Cosmist Manifesto", presented in bloggish format.

Scroll down in this column to find the table of contents.

See the first blog entry for information on how to find the final draft of the book, which is much better.